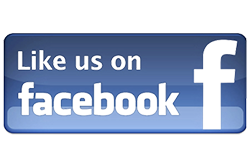 The Heideterrier came into being around 1970. Hans Werner Jahnke, Karl Heinz Markhoff and Adolf Mennerich are credited as being the “fathers” of this breed of dog.

They were looking for a hunting dog that would be bigger than a German Hunt Terrier or a Fox Terrier, which could perform well in difficult terrain and under difficult conditions, for example in reed marshes or deep snow. They wanted a dog that would not run into every hole in the hunt for wild boars. This terrier should be quiet in demeanor and not neurotic like other hunting terriers. He should have enough edge to bring down a sick sow without compromise. The dog should be sight-oriented, and loyal to is leader. This is why the three decided to cross-breed the hunting-appropriate Airedale Terrier and the scent-oriented German Hunt Terrier. Through later crossing with Bull Terriers, a stronger and harder dog emerged. The Irish Terrier, still spirited and steel-nerved at that time, was also brought in. The HEIDETERRIER was born.

The first Heideterriers were conceived only as dogs for hunting wild boars, but showed other hunting-related assets and abilities as well. Some hunters even use them additionally as retrievers or bloodhounds. One finds the Heideterrier, due to its very good nose, in police work as sniffer dogs for narcotics and explosives, or as search and rescue dogs. Even trackers have recognized its good nose, and use the breed for search and rescue. Heideterriers are not recognized by the FCI, VDH oder JGHV. This is why the Heideterrier has no established, official standard. This was also not the intent of the Heideterrier’s “fathers”. In practice, only winning, healthy Heideterriers were mated. Dogs which didn’t function well as hunting dogs simply were not bred. In order to keep inbreeding down and bring in new blood, it was frequently crossed with German Hunt Terriers, Bull Terriers or Irish Terriers.

Unfortunately there are now very many dubious breeders, who breed Heideterriers indiscriminately, without knowing anything about their pedigree or performance. This harms the breed, because many are simply taking commercial advantage of the Heideterrier’s good reputation. Some are secretive about breeding, crossing them with other breeds haphazardly, or lying to buyers as to their pedigree. This is not good for the Heideterrier.

The Heideterrier is a sight-oriented, and sometimes scent-oriented dog with excellent quarrying abilities. It hunts sharply, with intelligence and loyalty to its leader. It has strong nerves, is balanced, and behaves very socially as a pack hound or in a family with children. It has a very strong desire to please.
It is medium-sized, between 45 and 55 cm, and athletic like all terriers with a muscular body, straight legs, a strong scissors bite, and semi-cropped ears. It can be wirehaired, short-haired or flat-coated. There are Heideterriers for example which are black-red, with pronounced markings, brindled, or red. They weigh between 15 and 25 kilograms.

In Summary: The Heideterrier is a hunting dog with heart and mind, and therefore a solid and reliable hunting companion and an absolute wild boar specialist!

An interesting and very worthwhile article on the Heideterrier appeared in “Deutschen Jagdzeitung” in 2014.

The Airedale Terrier – also known as the King of the Terriers

The airedale terrier is a spirited, fearless and very vigilant dog. His is a robust, healthy and feisty breed. The airedale belongs to the “Working Dog” breed group and at one time was known as the “War Dog”. It became recognized for its courage, reliability and loyalty while serving as both a messenger dog and a medical service dog in, for example, the Russo-Japanese War (1904-1905) and the First and Second World Wars. It was also highly valued as a service dog for the police, the border guard and the customs service.

The airedale terrier breed came into being around the middle of the 19th Century in the county of Yorkshire in central England. There the airedale was used primarily as a hunting dog. Its assignment was, first and foremost, duck-hunting and retrieval. Unfortunately, its exact lineage can no longer be reconstructed today. The guess is that the breed resulted from a combination of the terriers of central England with local otterhounds. From the first not-so-handsome specimens, elegant terriers with lots of pluck gradually developed.

Even today, airedale terriers are still often used as hunting dogs. In Germany, it is rather seldom seen as a hunting companion but in America, Serbia, Poland, Czech Republic and Hungary, it is often pressed into service as a hunting dog, mainly on the hunt for puma, raccoon, wild boar and as retrievers.

At the end of the First World War, a small group of breeders broke off from the then-popular Foxterrier Club in order to start breeding hunting dogs exclusively. These three men were Rudolf Friess, Walter Zangenberg and Carl Erich Grünewald.

By coincidence, Zangenberg had been given four black-red terriers, which were said to have come from purebred Fox Terriers. With these four dogs, the cornerstone was laid for German Hunting Terrier breeding. Through skilled cross-breeding with the Welsh Terrier, they were able to establish a breed in this form. In their selection for breeding, they placed great value on tracking ability, toughness and enthusiasm for water. The German Hunting Terrier is a multifaceted, useful hunting dog which in no case should be kept simply as a house pet.